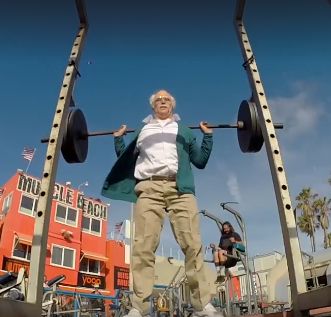 The video showcases Kenneth Leverich, a CrossFit Games competitor, dressed and made up, including makeup and prosthetics, to look like an 84-year-old man. Once costumed, Leverich heads to Muscle Beach to enjoy a light training session, and give the spectators something to really take notice of as they watch.

Leverich, thanks to the prune juice, manages to stun and impress all the young and fit men training in the outdoor gym and those watching. The hilariously costumed athlete makes his workout seem like a breeze.
5.2
Score
Popularity
Activity
Freshness
Attend Future Festival Virtual