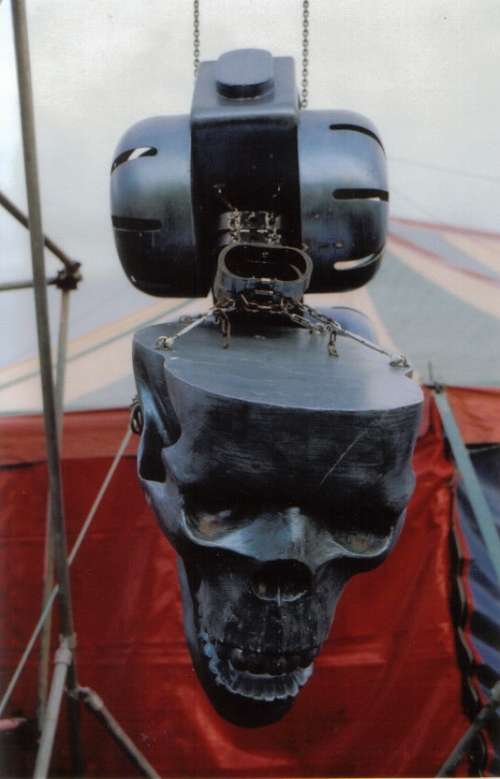 Cowbag — March 19, 2009 — Art & Design
References: samhaggerty.wordpress
Share on Facebook Share on Twitter Share on LinkedIn Share on Pinterest
If you read about, or even better, visited Mutate Britain, then this show is one for you. It shares some of the artists such as Sam, and best of all, the dark twisted take on art that made the aforementioned exhibition so awesome. More badass art has only got to be a good thing! It also has a really good take on displaying sculpture in galleries but more of that below.

Sam Haggarty, Strapper and Debs Wrekon from the internationally acclaimed Mutoid Waste Company and Wrekon have collaborated, alongside photographer Denise Felkin, on an exhibition with the rather cool title of ‘Smash Guru.’ It’s being held during the Brighton Fringe Festival (UK) from the 25th of April to the 7th of June.

It can’t be argued that the ‘money shot’ of this exhibition is that it is set to feature scrap sculpture installations to be displayed on the outside and inside of the exhibition’s home, the Phoenix building in Waterloo Place, Brighton.

This is a unquestionably a dark in feel exhibition with an overriding feel of destruction, mutilation and scrap metal coming together to create a powerful atmosphere--and, of course, awesome sculptural pieces.
1.8
Score
Popularity
Activity
Freshness
Attend Future Festival Virtual