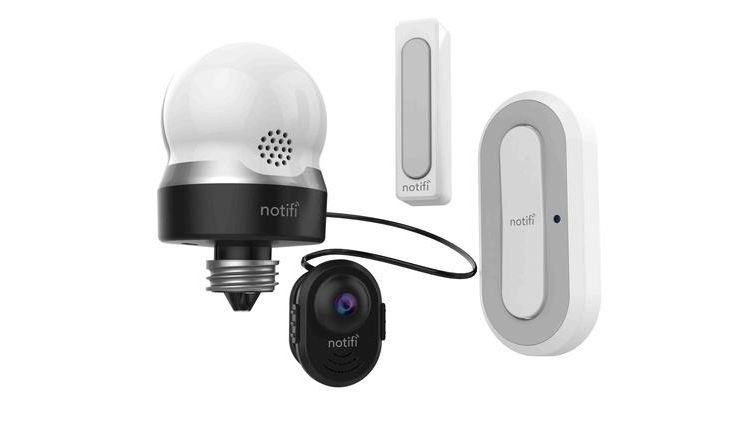 This Smart Device is Knocking at Your Door

Because it operates with an LED bulb, the Notifi features an essential difference from its competitors: it doesn't require batteries. Nor does it require hard-wiring to install. Plugging the device into a light socket is all it needs to power the 720p video camera. The only part of the entire system that requires a battery is the doorbell. The video camera also doubles as a motion detector, and in the future, Chamberlain plans on implementing cloud storage for a fee, allowing users to play back recorded video.

The wireless bridge allows the device to connect to Wi-Fi and communicate data to an accompanying app.