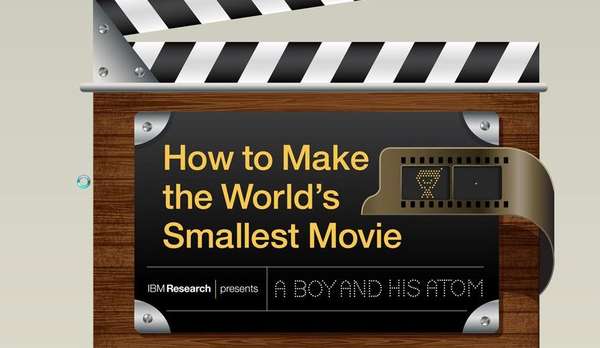 IBM Showcases How to Make the Smallest Movie Out of Atoms

The stop-motion film, which is a minute-and-a-half long, shows a little guy playing handball and jumping on a trampoline. It was made entirely by imaging individual atoms. It was approved by the Guinness World Records as the smallest stop-Motion Film.

The theme of the infographic is cinema, as apparent by the visuals that unfold along a strip of a film. Step by step, IBM Research walks us through the thought process behind the small atom film, including insightful information, definitions and interesting facts. The infographic is written in simple and direct language that make it easy for the public to grasp the concept of this brilliant creation.
1.5
Score
Popularity
Activity
Freshness
Jeremy Gutsche Keynote Speaker