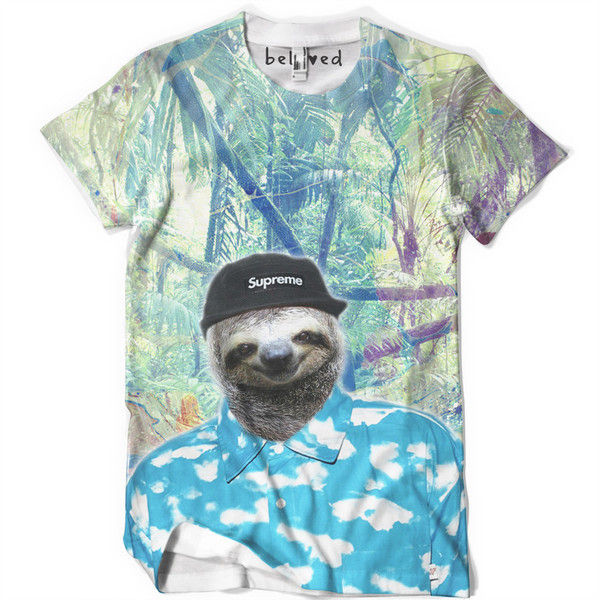 Ever since 'Kristen Bell's Sloth Meltdown,' a home video in which the pint-size celebrity hosts a panic attack of epic proportions over a sloth, aired on the Ellen Show back in 2012, sloths have been welcomed to their rightful place on the throne. In fact, sloths have become so popular, they've just about ousted the Internet's beloved cats from their pedestal, being featured in everything from YouTube videos to memes.

Sadly, this photo-printed sloth shirt doesn't feature the notoriously lethargic creature wearing a crown (instead, it wears a Supreme baseball cap). Though the shirt is meant for men, you can tuck it into a skirt for a feminine look.
2.1
Score
Popularity
Activity
Freshness
Access Advisory Services