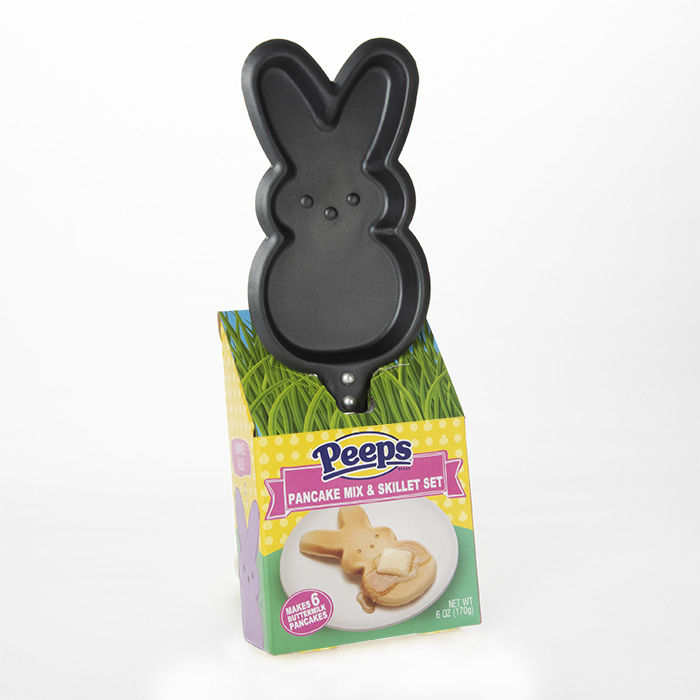 Laura McQuarrie — April 6, 2020 — Lifestyle
References: peepsandcompany & prnewswire
PEEPS is known for its shapely marshmallow treats in the form of chicks and bunnies, and this Easter, the brand is treating fans to an all-new Pancake Mix and Skillet Set. In the skillet set, there's enough mix to whip up six buttermilk pancakes and pour them into a shapely skillet that's modeled after the iconic PEEPS Bunny.

This spring, PEEPS is unveiling a range of breakfast-inspired treats, including Marshmallow Flavored Cereal and the PEEPS Froot Loops Flavored Pop in collaboration with Kellogg's and PEEPS Pancakes & Syrup Flavored Marshmallow Chicks.

Whether they're enjoying a cup of coffee with marshmallow-inspired creamer, a bowl of cereal or a stack of pancakes, people of all ages can now enjoy something from PEEPS first thing in the morning.