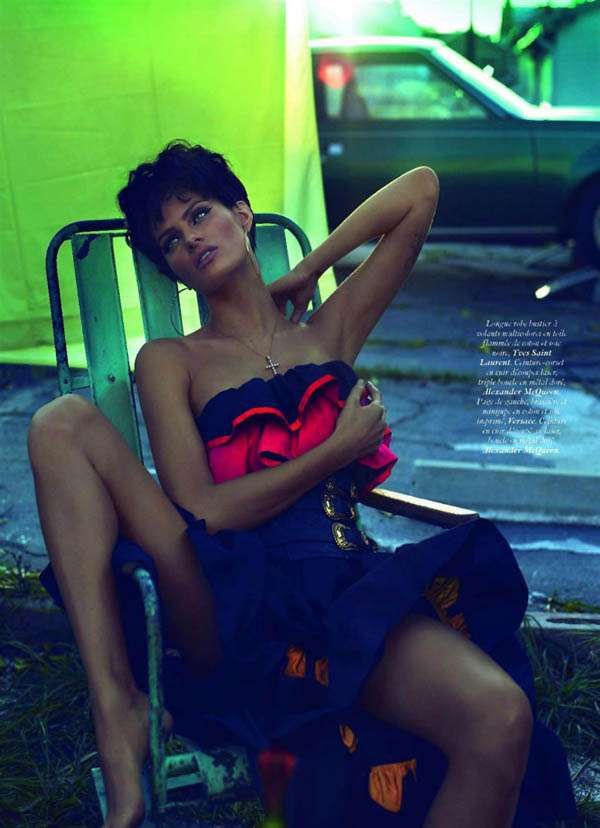 Fontana sizzles in this homage to a 1989 Steven Meisel photo shoot by Mert & Marcus. Shot in an urban setting, she dons the summer’s hottest body-conscious fashions by Versace, Emilio Pucci, Prada and Moschino. Brights, tropical prints and ruffles are paired with tough-girl makeup and accessories, giving the shoot an urban flair that makes this Vogue Paris June 2011 issue a must have.

In this West Side Story’s climaxing shot, Clement Chabernaud joins Fontana in a steamy performance. The two cool off near a busted fire hydrant, as if there were no better way to fight the summer’s dreaded “canicule” than with hot fashion and public displays of affection.
4.2
Score
Popularity
Activity
Freshness
Get Better and Faster