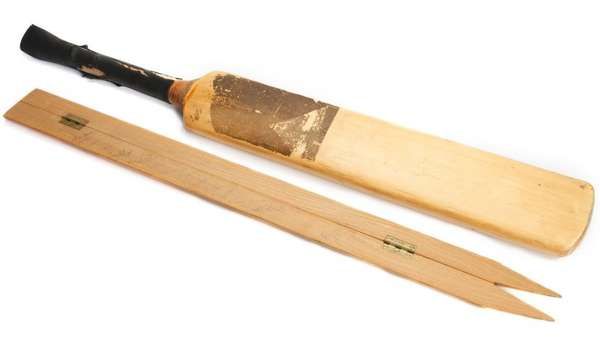 Jordan Sowunmi — May 15, 2011 — Luxury
References: bonhams & gizmag
Share on Facebook Share on Twitter Share on LinkedIn Share on Pinterest
Sir Ian Botham is a legend to the English for leading a heroic comeback during a cricket match in 1981, and now the cricket bat he used to engineer the charge could fetch as much as $2,500 at an auction next month.

Following a loss and a draw to start the 1981 Headingely Ashes (an annual competition between the English and Australian cricket teams), Ian Botham resigned as captain of the English. A day later, with Australia leading the series 1-0 and England down 90 runs and facing 500-1 odds, Ian Botham stepped to the wicket and led a comeback that produced a remarkable 149 runs. Wisden, considered the "cricketer's Bible," referred to Botham's performance as "some of the most outrageous hitting at this level." The at bat changed the momentum of the series and led England to an improbable victory.

After the series, Ian Botham became a revered figure in England, earning his knighthood in 2007.

The cricket bat used in the comeback is now up for auction through sports auctioneers Bonham and is expected to garner between $2,000 and $2,500 when it goes up for auction on June 1. The gallery features a picture of the bat and other memorabilia at the auction.
0.7
Score
Popularity
Activity
Freshness
Get the 2021 Trend Report FREE