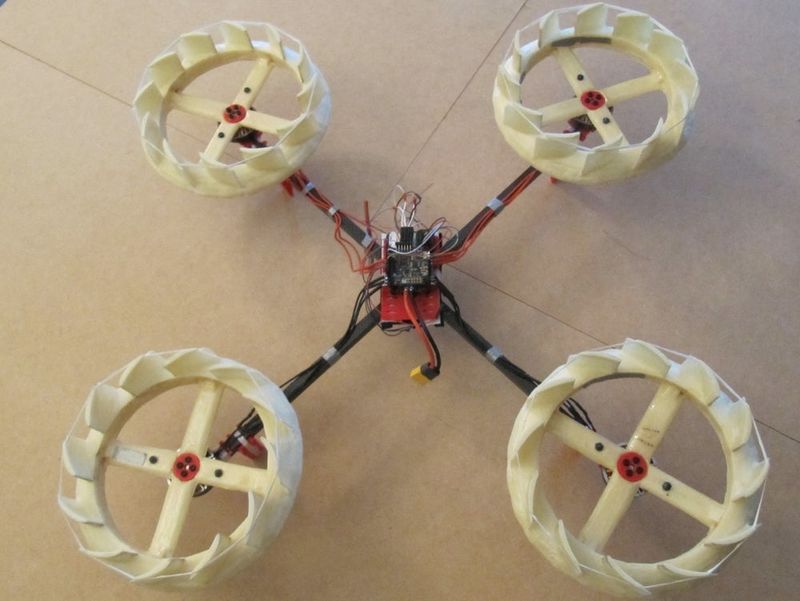 Rahul Kalvapalle — July 31, 2018 — Tech
References: kickstarter & geeky-gadgets
Share on Facebook Share on Twitter Share on LinkedIn Share on Pinterest
The Whisper drone is a high-tech device, developed by none other than electrical engineer and innovator Derek Schwartz, which lives up to its name by offering what was long thought to be an oxymoron, with its silent multicopter drone functionality.

Despite their enviable functionality, multicopter drones have often been reviled due to the annoying noise that they emit, and it is this specific problem that the Whisper Drone solves. It does this by making use of special rotors that willingly compromise on some of the power offered by conventional propellers in order to produce a pleasing sound that can be compared to that of a gently running fan rather than a high-pitch train sound.

Currently the subject of a crowdfunding campaign over on Kickstarter, this silent multicopter drone can be secured for a pledge of $395, and is poised to make multicopter drones more popular in environments where noise and disturbance is an issue.
7
Score
Popularity
Activity
Freshness
Get Better and Faster