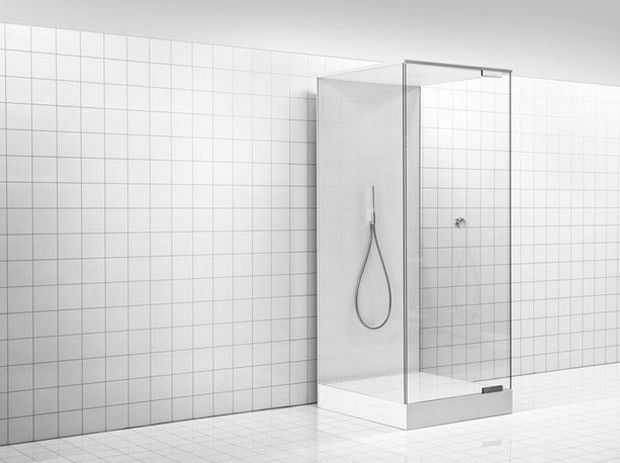 Michael Hines — February 16, 2015 — Eco
References: orbital-systems & technabob
Droughts could become a thing of the past thanks to the Shower of the Future. That may be a bit of an exaggeration, but this future-forward shower is designed to aggressively cut water use via recycling. Designed by Sweden's Orbital Systems, the Shower of the Future works using a tank of water that runs on a closed loop. Once the water goes down the drain it is purified using two capsules (micro and nano) that remove everything from skin flakes to oils. The cleaned water is then pumped back into the shower head and the process repeats.

The Shower of the Future comes in two versions: a standalone cabinet and a floor model. To prove that its shower is truly future-forward, Orbital Systems lets you track your water savings and lets you know when it's time to put in fresh filter capsules via a smartphone app. Many designers have created conceptual showers like this one that only exist on paper, but Orbital Systems is already taking pre-orders on the Shower of the Future.
6.4
Score
Popularity
Activity
Freshness