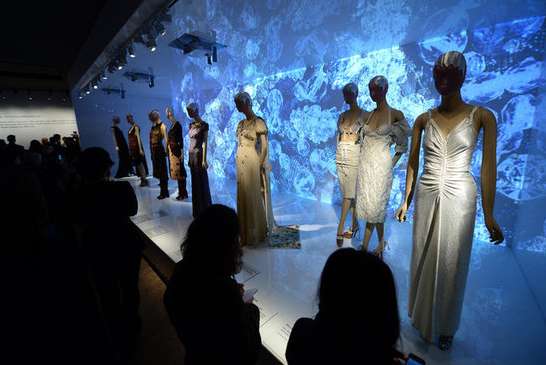 Jennifer Gosnell — May 11, 2012 — Luxury
References: metmuseum.org & fashionologie
Share on Facebook Share on Twitter Share on LinkedIn Share on Pinterest
The upcoming exhibit, titled Schiaparelli and Prada 'Impossible Conversations' at the Met in New York commemorates the history of fashion and the fashion houses in the 1930s. Elsa Schiaparelli and Mario Prada were hugely prominent fashion icons during the 30s. The exhibit itself was inspired by interviews with Vanity Fair during the 30s that were titled 'impossible interviews.'

Taking into account the similarities between the work of these two designers, the exhibit mixes designs of both to create complimentary looks featuring the powerhouses. Running from May 10th to August 19th, the exhibit is attracting current fashion icons like Anna Wintour, who was given a pre-screening along with select fashion industry executives and photographers.

As a testament to the everlasting nature of the fashions that emerged from this time period, and to pay homage to these designs and designers, the Met has chosen to dedicate its Spring 2012 Costume Exhibition to these historically significant fashion houses.