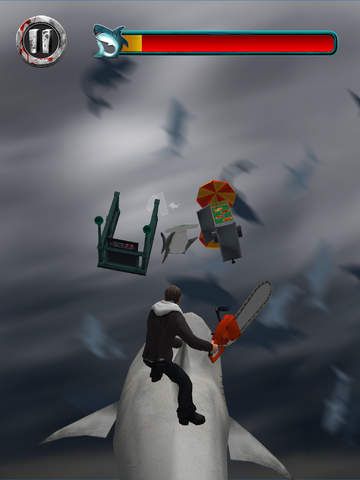 The Release of Sharknado: the Video Game Ties in with Syfy's Sharknado 2

Although the concept of the sky opening up and raining flying sharks is pretty absurd, the outrageous film has been extremely popular across the Internet. If you're craving a good shark fight, with this official Sharknado app, you're able to take them on in hoards in an endless runner-style game. So that you're evenly matched with the teeth of those fearsome predators, players can wield broadswords and chainsaws, surf through city streets and jump on the heads of sharks. The ultimate challenge is to get into the heart of the Sharknado and destroy it.
3.5
Score
Popularity
Activity
Freshness
Get Better and Faster