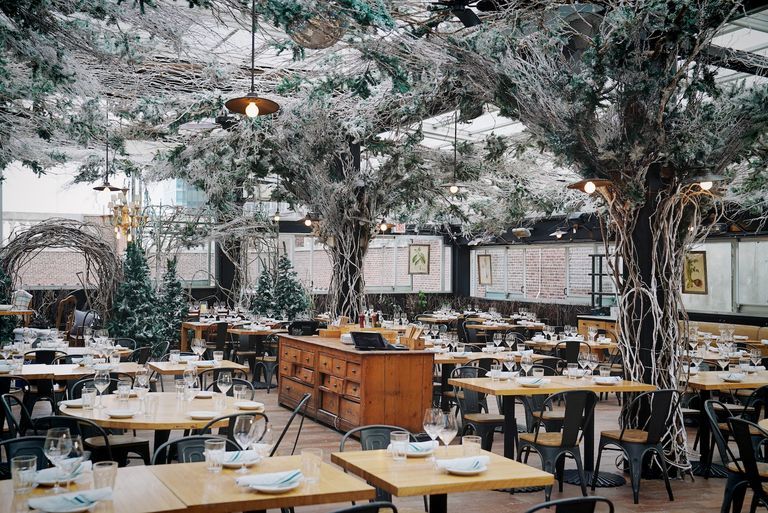 Eataly's Serra by Birreria Has Received a Winter Makeover

Serra by Birreria made headlines earlier this year when the entire venue was covered in flowers. Now the restaurant has changed its decor to match the latest season and that means a full-on winter wonderland. The stunning transformation was pulled off by Milkyway Studios and its design team, which handmade the entire interior. The idea was to make the restaurant look like a cozy cabin, complete with a wonderland of trees and twinkling white lights.

Along with the new look, Serra by Birreria also boasts a seasonal menu that focuses on winter squash, celery root, and truffles.