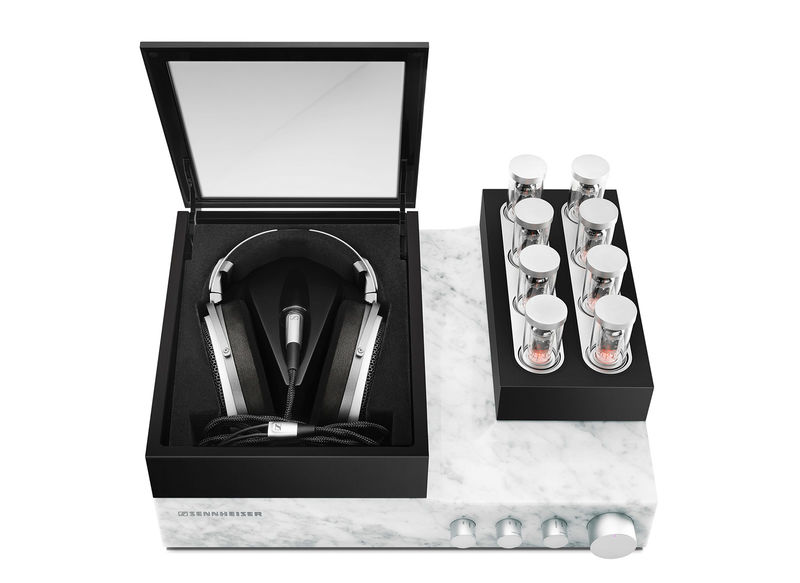 These Sennheiser Orpheus Headphones Are Made of Marble, Gold and Silver

Charlotte Joyce Kidd — November 3, 2015 — Unique
References: en-uk.sennheiser & gizmodo
Share on Facebook Share on Twitter Share on LinkedIn Share on Pinterest
In the 1990s, Sennheiser asked the world's top audio engineers to create the best headphones ever made, and the result was 300 pairs of Sennheiser Orpheus sets. They cost $10,000, and it was widely agreed that they lived up to Sennheiser's mandate.

A decade later, a second edition of the Sennheiser Orpheus is here. Apparently, they are the product of a full ten years' worth of steady work, and the price tag reflects this. At $55,000, they would be more at home in a museum than around a teenager's neck. The inner mechanics of the new Sennheiser Orpheus are made of gold, silver, copper, brass and Carrara marble -- the stone that Michelangelo sculpted with. They have an unheard-of 0.01 distortion percentage, and Sennheiser's Senior Acoustic Engineer says that when he used them, he heard new details in music he'd been listening to for years.
5.3
Score
Popularity
Activity
Freshness
Get the 2021 Trend Report FREE