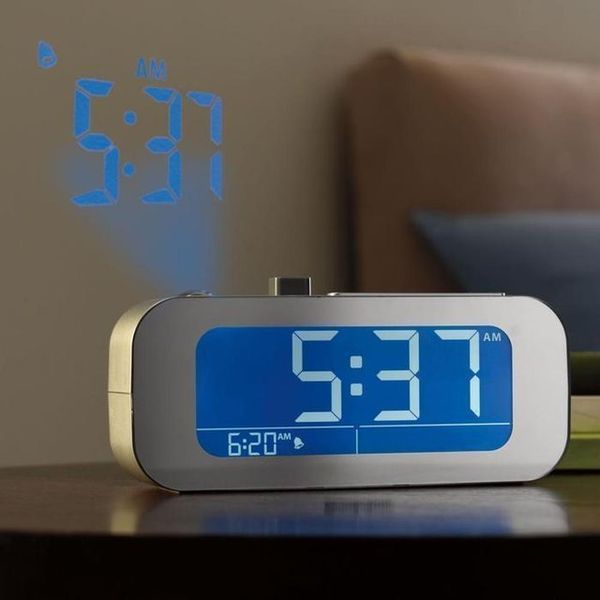 The $60 clock by Brookstone is a silver, rectangular clock that only requires users to plug it in and opt a time zone, at which point it will automatically set itself to the correct time. A built-in projection feature means that instead of rolling across and squinting at the time from afar, the self-setting projection clock beams up the time in large digits on your wall or ceiling. The projector comes equipped with a focus adjustment mechanism to guarantee a clear image, and is also able to flip 180 degrees to change the orientation of the image so you can see the time from any position in the room without moving the clock.