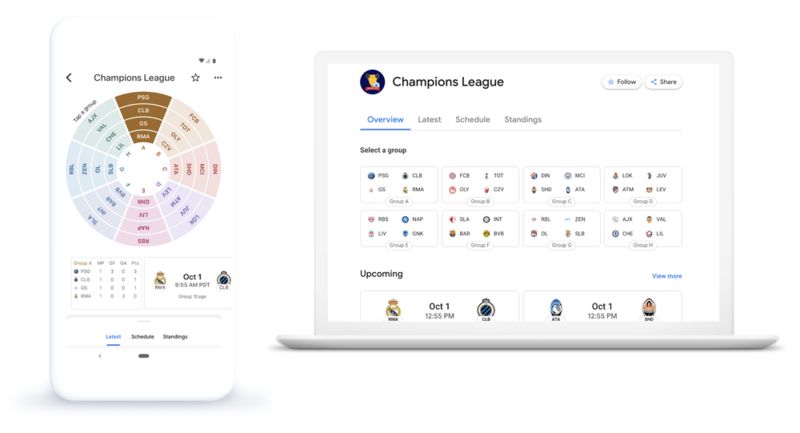 Google Has Added a Search Feature for the Champions League

Daniel Johnson — October 28, 2019 — Tech
References: blog.google & engadget
Share on Facebook Share on Twitter Share on LinkedIn Share on Pinterest
Google has added a search feature for the UEFA Champions League, which can be accessed on Android and iOS devices, as well as through computers. Currently, if users search for the 'Champions League,' they will be presented with different information and tools all related to the UEFA Champions League. The search feature will show users the scores of games, as well as upcoming schedules and video game recaps, lineups and more.

Google's Champions league search features will be available until May 30th when the tournament concludes. Google's content for tournament is detailed, and it offers a similar experience to many sports websites. The feature will allow fans to track the tournament all the way through, and get quick recaps if a fan misses a game.