Top 30 Kitchen Ideas in September
Next
Set of
Related
Ideas 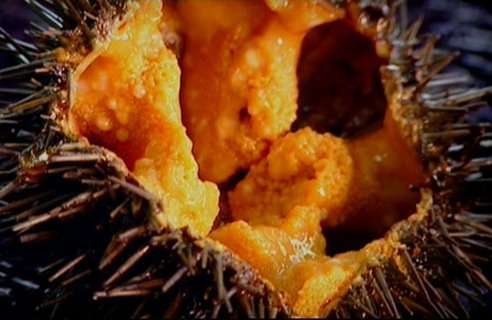 Diving Into The Unexplored Palate With Undersea Obsurities

Being in the same Echinodermata family as that of sea cucumbers, the sea urchin has not gained much in terms of conventional popularity as a menu item despite their abundance, versatility and decadent taste. Found in many coastal regions worldwide, many chefs local to such areas have been largely unaware of this eco-friendly seafood, leaving many of it to be exported to other places overseas.

Renegade chefs who inspired culinary renaissance in coastal cities such as Edinburgh and Belfast have invited new curiosity for this age old ingredient just in very recent years. Paul Rankin, of the now famous Roscoff and Cayenne restaurants brought Northern Ireland their first Michelin star, as well as Tom Kitchin who brought home a star rating to Kitchin in Edinburgh have both integrated sea urchin roe into their menus.

The very media-friendly Gordon Ramsay also shares a passion for the sea urchin, as well as collecting Michelin star ratings.

From Greece, to Scotland, Ireland, Korea and Japan to name a few regions, coastal fishermen have found many ways of enjoying the sea urchin for nearly centuries in a variety of cooking methods or simply eaten freshly caught with just a spritz of lemon juice.

Very few coastal restaurateurs have only just realized the enormous potential of the sea urchin as being part of the menu, most of which gained that knowledge from their parents or only through research of long forgotten recipes familiar only to fishmongers.

Hopefully as more young chefs begin to discover this spiky seafood, they can soon pick up the passion for this exciting ingredient shared by many trailblazing chefs of the past.
2.2
Score
Popularity
Activity
Freshness
Attend Future Festival Virtual