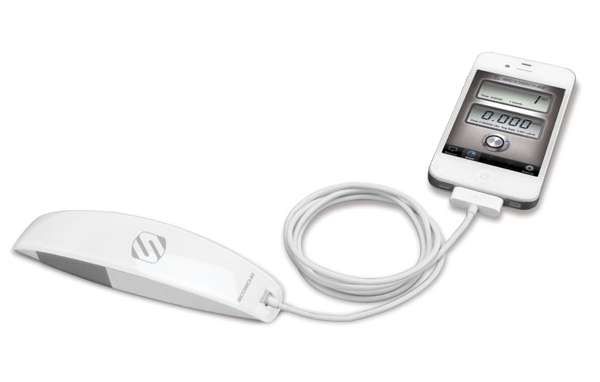 Amelia Roblin — August 31, 2011 — Tech
References: scosche & engadget
Share on Facebook Share on Twitter Share on LinkedIn Share on Pinterest
Smartphones can become microscopes and turntables when connected to clever accessories, so why can't they be radiation detectors as well? The Scosche RDTX-PRO is the innovative company's latest invention which bestows regular people with the equipment to monitor a hazardous invisible threat.

After the catastrophic events in Fukushima, Japan, in early 2011, the public have grown more in interested in the effect of electromagnetic waves and their relative risk of exposure. This intelligent gadget can be connected to a iPod Touch or an iPad with no calibration necessary, feeding the user readings about the quality of his environment. The monitor recognizes anything over the level of 60keV and alerts the owner if the degree becomes dangerous. The Scosche RDTX-PRO iPhone app even enables the sharing of its findings over Google Maps, Facebook and Twitter.
3.3
Score
Popularity
Activity
Freshness
Get Trend Hunter Dashboard