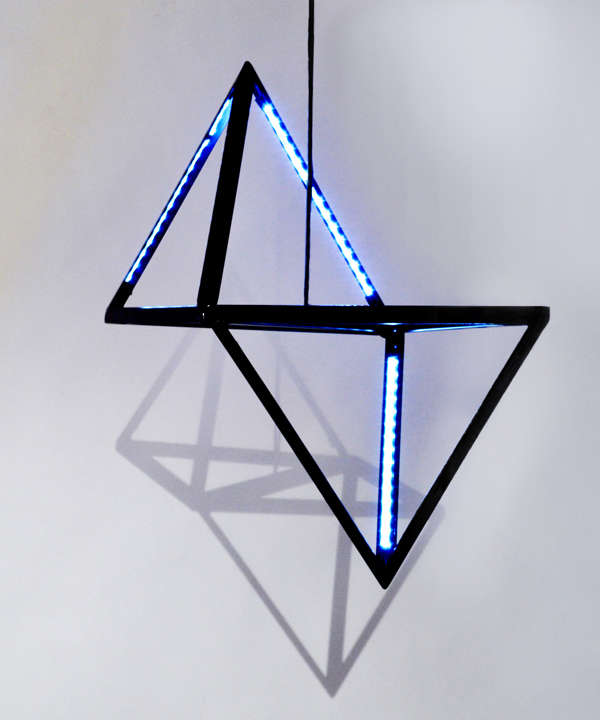 Meghan Young — February 5, 2013 — Art & Design
References: yankodesign
Schwarzlicht by Markus Schwarz is an incredibly futuristic light fixture. The sharp geometric shapes, symmetrical lines and blue illumination is reminiscent of the movie 'TRON: Legacy,' it could easily grace the set of an upcoming sci-fi flick, perhaps even the latest 'TRON' film.

Clearly named after the designer, Schwarzlicht by Markus Schwarz sports a simple composition that is made up of LED light strips and a metal frame. Despite its minimalist nature, it is extremely eye-catching. This is due in large part to its irregular shape, which is made up of clean lines and sleek angles. Interestingly, the irregular shape positions the LEDs in such a way as to allow the pendant lamp to shed light evenly.
2.2
Score
Popularity
Activity
Freshness