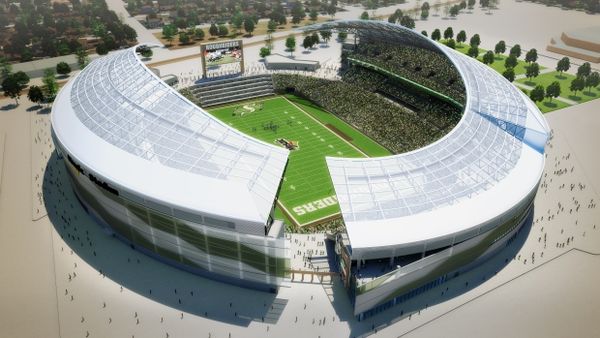 The stadium features a special sunken-bowl design. It will be equipped with a translucent spectator roof, a fully open south end zone and a general admission spectator lounge located on the west side of the facility. Its seating capacity will be 33,000 but can be expanded to 40,000 if needed, with 68% of the seats located in the sunken bowl.

The stadium's flexible and versatile design will allow it to be used for non-CFL events year round.

The Saskatchewan Roughriders are expected to play their first game in the new stadium in June 2017. The stadium, which will cost $278 million to construct, will carry the current arena's name, 'Mosaic Stadium.'