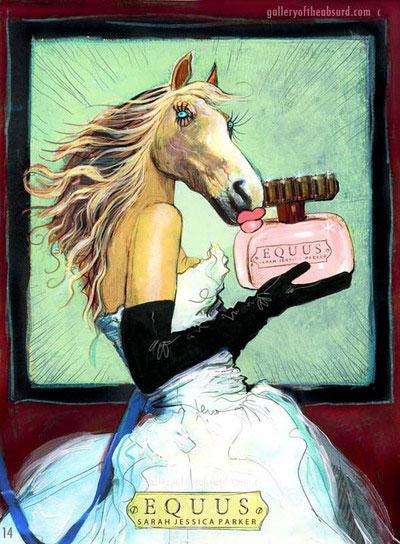 From Sarah Jessica Parker as a Horse to Saggy Skinned Madonna

We’ve seen some fierce cartoons before (like Anna Wintour who has been attached by PETA and The New York Observer), but these are downright vicious.

In addition to the Sarah Jessica Parker horse head spoof, these pictures from the Gallery of the Absurd parody Paris Hilton for Carl’s JR, Brooke Hogan’s Album Cover and Karl Lagerfeld and his mini-doll. They show Tori Spelling as The Torpion, Nadya Suleman as, what else, an tentacled Octomom, Lisa Rinna as The Bride of Restylane, Madonna for a mock Fiber Max ad, a buck-toothed Jessica Simpson and last but not least, The Sarah Palin Talking Doll.
3.2
Score
Popularity
Activity
Freshness
Get the 2021 Trend Report FREE