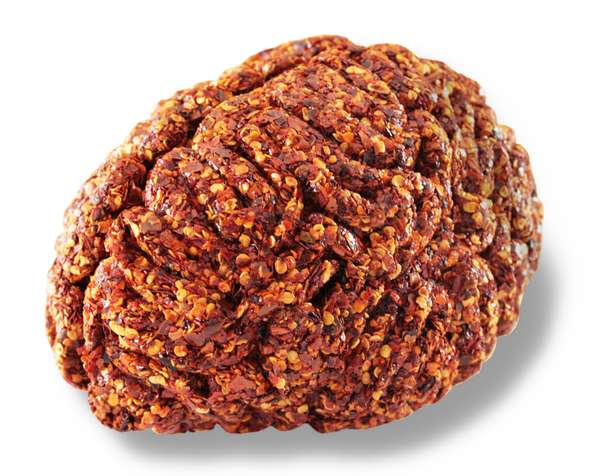 Jason Soy — December 10, 2011 — Art & Design
References: behance.net & whokilledbambi
Share on Facebook Share on Twitter Share on LinkedIn Share on Pinterest
Though these incredible Sara Asnaghi sculptures are made from edible ingredients, I don't know whether I'd want to scarf them down or not. For one, the image of anyone gnawing on a brain is extremely morbid, but my even greater concern is that I don't think it's physically possible to eat that much chili flakes without doing bodily harm.

That's right, these Sara Asnaghi models of the vital head organ are made from foods such as barley, black rice, bread, sugar and even candy. Heck, Asnaghi doesn't even limit herself to human munchables as she also utilizes hemp seeds, hay and canary feed for these sculptures. Scrumptious.

Asnaghi aptly titled this series of cranium creations 'What have you got in your head?'
4.1
Score
Popularity
Activity
Freshness
View Innovation Webinars