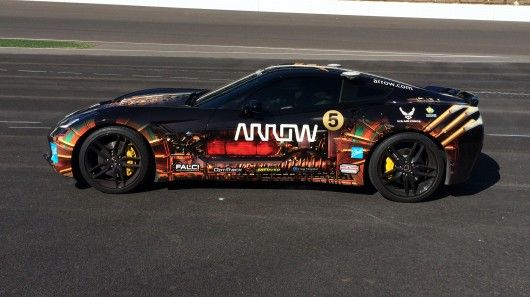 The SAM Project Customized a Corvette for a Quadriplegic Driver

Rahul Kalvapalle — May 9, 2014 — Autos
References: arrowsamcar & gizmag
Share on Facebook Share on Twitter Share on LinkedIn Share on Pinterest
The SAM Project -- or 'Semi-Autonomous Motorcar' Project -- refers to the customization of a Corvette C7 Stingray so that it can be driven by quadriplegic Indy racecar team owner Sam Schmidt. The Corvette was altered by military and industrial engineers to allow Sam, who can't move his arms or legs, to drive.

Schmidt controls the vehicle's movements by tipping his head backwards to accelerate, tilting his head sideways to steer and biting down on a mouth-held brake to slow down. Infrared cameras located on the driver's hat detect his head movements, which a CPU translate to commands which are then sent to actuators embedded onto the accelerator, steering wheel and brakes.

The SAM Project car is the result of a collaboration between several different organizations, including the non-profit Falci Adaptive Motorsports and the US Air Force Research Laboratory.