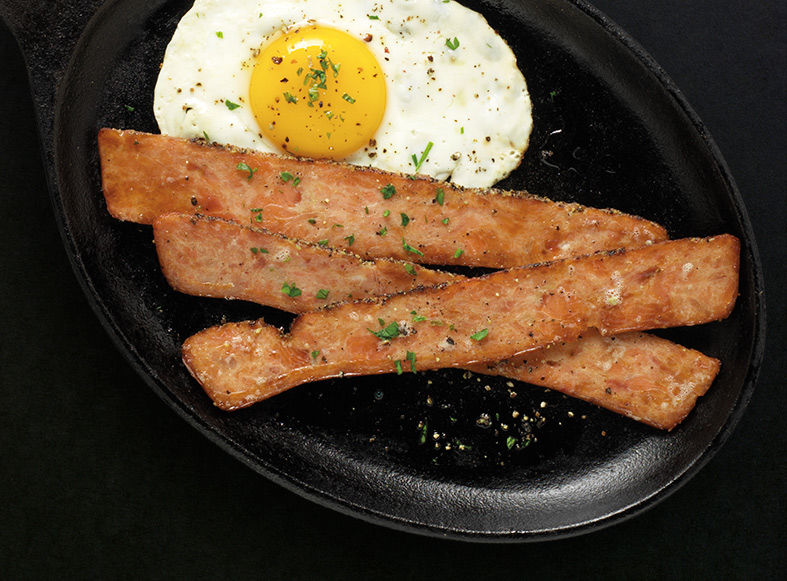 Laura McQuarrie — April 19, 2017 — Lifestyle
References: simplywestcoast
As a healthier alternative to traditional bacon, Simply West Coast launched salmon bacon, which is said to have a sweet and smoky flavor, and a look that resembles real bacon strips.

The all-natural Bacon Style Salmon is made with wild pacific salmon that is naturally smoked and cured. Even though fish is used as a replacement for meat from pigs in this bacon substitute, Simply West Coast promises that it leaves behind "no fishy taste." Since salmon is also known as one of the best sources of Omega-3 fatty acids, this product offers an easy way to add benefits to one's morning meals or lunch sandwiches.