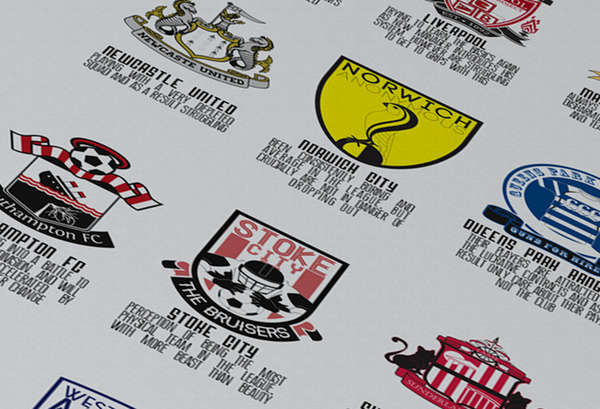 Tia Clarke — February 24, 2013 — Art & Design
References: salman.org.uk & designboom
Share on Facebook Share on Twitter Share on LinkedIn Share on Pinterest
London-based graphic designer Salman Anjum has created these hilarious reinterpretations of popular English premier league football teams traditional emblems. The smart designer states on his website that he based his interpretations on the teams' "current perception in media, among fans, and the general held beliefs of casual observers."

Instantly recognizable are logos like the Manchester United team emblem and the Arsenal logo, which now have hilarious messages like: "Defence has gone AWOL and as a result need to score many goals to be assured of win" and "No clue about tactics and as a result is all over the place."

As these football teams continue to be vilified in the harsh British tabloids, these re-imagined logos are particularly relevant. I wonder how these critical words of advice would go down with the notoriously passionate premier league fans.