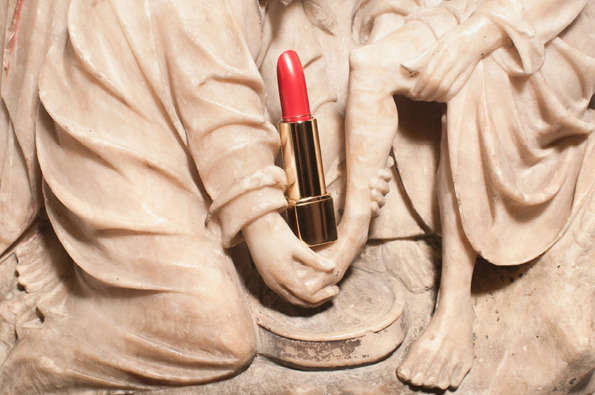 Meghan Young — January 9, 2013 — Fashion
References: philippejarrigeon & itsnicethat
Share on Facebook Share on Twitter Share on LinkedIn Share on Pinterest
The photo series titled Saints by Philippe Jarrigeon, a fashion photographer born in Le Beaujolais, France, shows a different side to these rather stony depictions of religious do-gooders. Unusually styled, the French photographer has extended his love of all things sartorial to the statues. Delving more and more into the sublime and surreal, this series is not as strange as some may make it out to be.

Shot for the 24th issue of Double Magazine, Saints by Philippe Jarrigeon sees contemporary fashion items such as bright red lipstick, oversize glasses and garish plastic hats draped over the church effigies. Rawly captured, almost with a Terry Richardson-esque quality, the photo series is full of quirks that will entertain rather than offend.