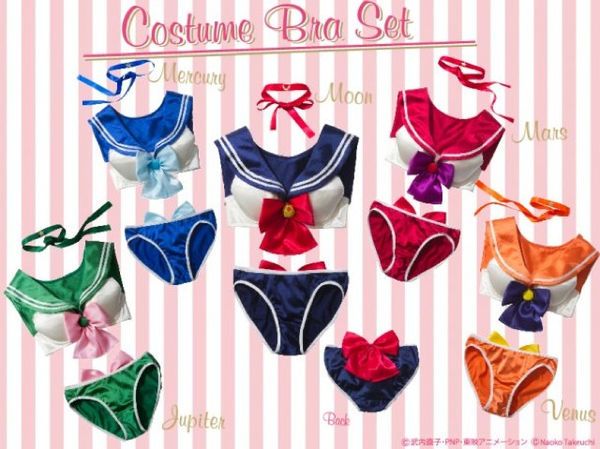 Only available to order from the Japanese retailer until December 25, these Sailor Moon-inspired undergarments are made of satin, and while not traditional lingerie, they are so accurate that one could almost wear them at an anime convention, but don't. Currently, only the original five Sailor Scouts from the first few seasons of the show are available to order, Sailor Moon (dark blue,) Sailor Venus(orange,) Sailor Mercury (blue,) Sailor Mars (red) and Sailor Jupiter (green.)

If your in a relationship with someone who happens to be a big Sailor Moon fan, then dressing up in Sailor Moon lingerie will definitely be a big hit or if your a fan, they're well made enough that you could justify buying them for yourself.
5.7
Score
Popularity
Activity
Freshness
View Innovation Webinars