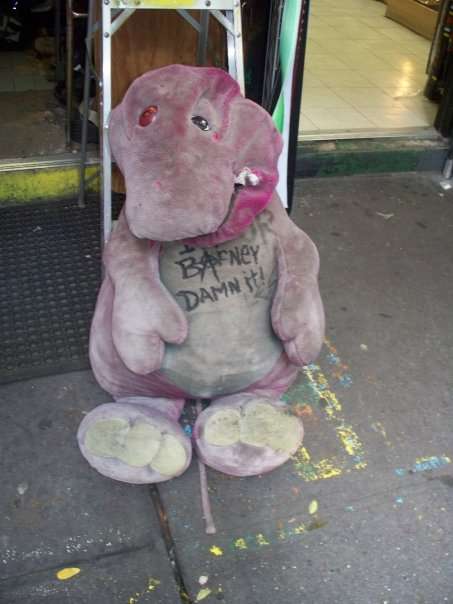 Sad Stuff on the Street Site Tugs at Your Heartstrings

From two main locations of New York City and San Francisco, the founders of the site started sending photos coast-to-coast of sad things they found. The two then created this mildly depressing, but wildly hilarious blog documenting sad stuff on the street.

The blog features odd items, such as a shredded Barney doll to free bread sandwiches, accompanied with hilarious comments underneath. My favorite would have to be the caption for the Barney picture, which is: "Barney in shreds, sulks on the street near St. Marks Place waiting to be saved from himself." The blog also lets you send in the sad stuff that you find on the streets.

Sad Stuff on the Street is a great way to cheer yourself up, and will keep you on the lookout to find your own sad stuff during a walk.
6.3
Score
Popularity
Activity
Freshness
View Innovation Webinars