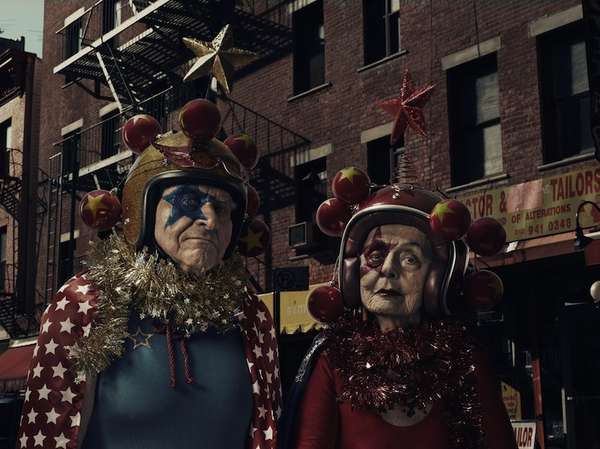 Emily Evans — June 6, 2011 — Life-Stages
References: sachabada & mymodernmet
This featured Sacha Goldberger Mamika 2 photo series is surely an interesting continuation to the artist's similar works a few years back. This series not only features Goldberger's original Mamika Grandmother from the first series, but it also features her new boyfriend Mr. Papika!

The idea for the shoot originated back in 2007, when Goldberger noticed his depressed Hungarian Grandmother needed something to lift her spirits. This photoshoot was a great idea to infuse some humor and fun back into this deserving Nazism & Communism-survivor's life.

The Sacha Goldberger Mamika 2 photographic series is anticipated to achieve a great deal of positive feedback, just as its first installment did. Featuring the grandma skateboarding, ironing, bubble-blowing and gun-slinging, this series shows that this Baba and her babe can really do it all!
3.6
Score
Popularity
Activity
Freshness