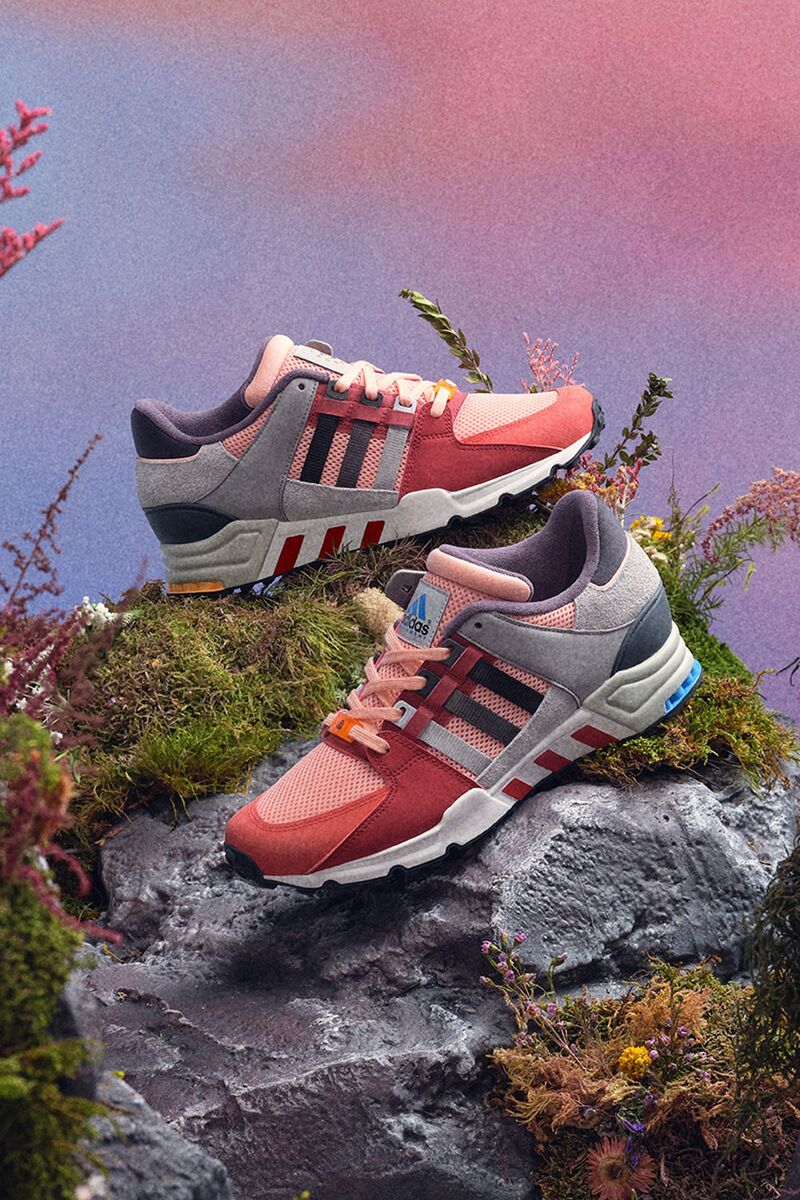 adidas and Footpatrol Join Forces on the Running Support '93 Shoes

Amy Duong — September 16, 2021 — Fashion
References: highsnobiety
Share on Facebook Share on Twitter Share on LinkedIn Share on Pinterest
adidas EQT and Footpatrol join forces to launch a special iteration of the Running Support '93 sneaker model made for the outdoors. The inspiration behind the range spotlights retro elements with the infusion of 90s themes throughout the model. The EQT, also known as the equipment line was made popular back in the early 90s.

It was known for its minimal design that did not compromise the progressive elements of footwear and apparel. The brand is now celebrating the 30th anniversary of EQT, delivering special silhouettes including the CSG Equipment '91, the Race Walk OG, the Prototype, and much more. The spotlight this time around is the aforementioned Running Support '93, which features mixed suede and mesh materials at the upper in gray, red, pink, purple, and black.