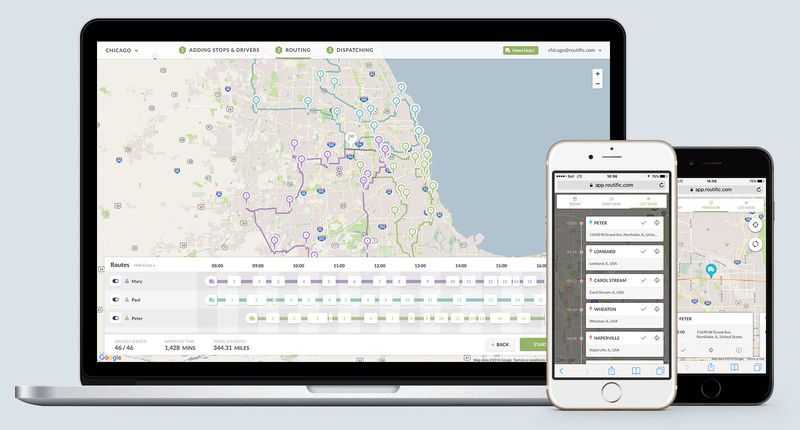 Joey Haar — August 23, 2016 — Tech
References: v & digitaltrends
Share on Facebook Share on Twitter Share on LinkedIn Share on Pinterest
In a blend of the natural and the technological, the Routific software is inspired by the behavior of pollinating bees. Routific plans the most efficient routes for vehicles during last-mile delivery -- the final portion of delivery, in which goods go from a warehouse to their final location, be that a retail store or a consumer's residence. By using the same principles as bees do to scout pollen, the Routific software plans optimal routes for fleets of vehicles.

Calculating optimal routes for multi-stop deliveries can get very complicated, very fast. As such, computers are not powerful enough to do a brute force assessment, checking every single possible combination to discover the best option. Routific instead has part of its algorithm conduct "scouting" of potential routes, like bees scouting flowers. If the CPU finds a good option, it direct more computer power to that area.
2.9
Score
Popularity
Activity
Freshness
Access Advisory Services