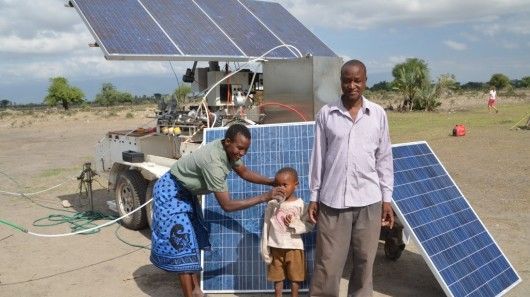 The ROSI System Can Remove Harmful Viruses and Bacteria From Water

ROSI -- which stands for 'Reverse Osmosis Solar Installation' -- has the ability to filter out undesirable and potentially hazardous substances such as bacteria and viruses from water.

The system deploys ultra-filtration membranes filled with tiny, 50-nanometer pores. These pores capture molecular substances, particles, bacteria and viruses and remove them from the water. ROSI is also capable of reducing water fluoride levels to within World Health Organization recommendations.

ROSI is designed to be easily portable and highly rugged. It can be operated with either solar or wind power.


ROSI was initially developed by Schäfer and Richards in Australia, before further work on it was carried out in Scotland. Field tests for the system were planned at at the Nelson Mandela African Institution of Science and Technology in Tanzania, and test were carried out earlier this year in Mdori, amongst other places. The results of the tests are currently being analyzed at KIT. The next stage for the tests will be for ROSI to be installed at selected locations.