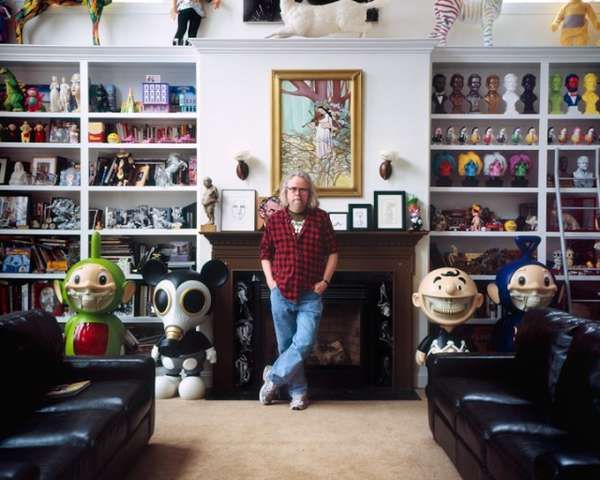 The Ron English Studio is a Monument to American Art

Jordan Sowunmi — May 17, 2011 — Pop Culture
References: popaganda & itdrewitself
Share on Facebook Share on Twitter Share on LinkedIn Share on Pinterest
The Ron English studio contains hundreds of artifacts that could be considered living, breathing parts of American art history. English is one of America’s most decorated and in-demand contemporary artists. His work, which primarily focuses on brand imagery and advertising, has famously mocked and satirized some of America’s biggest corporations, including Joe Camel, McDonald’s and Disney.

Not all of his work has been subversive, however. English is also a sought after as a CD cover design artist. His CD cover work has been used by Slash of Guns N’ Roses fame, the Dandy Warhols and Chris Brown.

The Ron English studio visit was organized by ITDREWITSELF and features an in-depth look at his workspace and at some of his many creations. English’s work will also be exhibited at the Lazarides Gallery in London, England, and the Charles Schulz Museum in Santa Rose, California, on June 23, 2011.
3.8
Score
Popularity
Activity
Freshness
Jeremy Gutsche Keynote Speaker