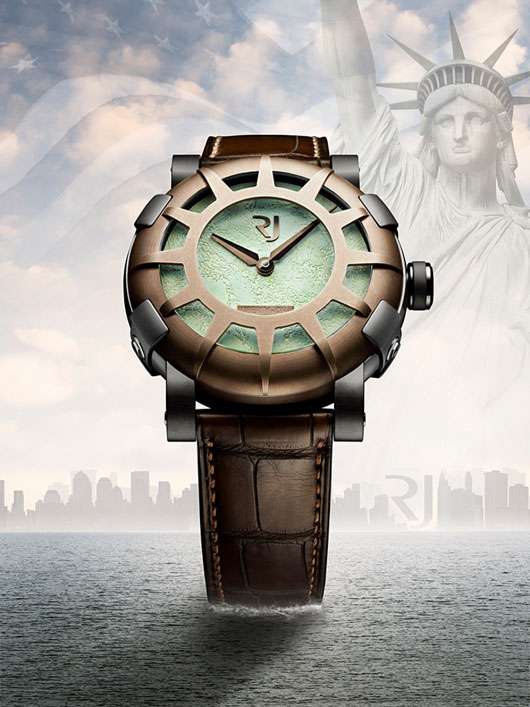 Erin Kirkpatrick — July 8, 2012 — Fashion
References: romainjerome.ch & luxuryes
To mark the iconic anniversary of an American landmark, the Romain Jerome Liberty DNA watch design has recently been unveiled. This stylish $14,900 timepiece was created to mark the 125th anniversary of New York City's iconic landmark, the Statue of Liberty. The overall design of this iconic time-keeper stays true to Lady Liberty's form and aesthetic-pleasing characteristics that have made it one of the most popular tourist destinations.

In honor of the upcoming 125th anniversary, Jerome constructed this limited edition watch using exactly 125 individually pieced components. Each element of this watch pays tribute in some way to the sky-scraping statue. With characteristics including 12 spikes that embellish the bronze dial, an oxidized copper-coloring and the infusion of actual Statue of Liberty particles, the Romain Jerome Liberty DNA watch is a fitting birthday present to a 125-year-old landmark.
3.6
Score
Popularity
Activity
Freshness