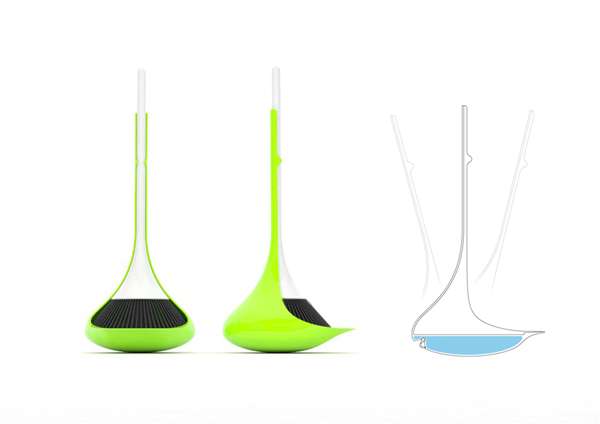 Meghan Young — November 23, 2012 — Art & Design
References: behance.net
Share on Facebook Share on Twitter Share on LinkedIn Share on Pinterest
Broom sticks and dustpans are very basic, unlike their more technologically advanced vacuuming cousins, but the Roly-Poly Cleaner hopes to change that. Instead of sighing in acceptance as a broom falls to the floor for the umpteenth time, a person can make a change. That change can happen with the Roly-Poly Cleaner.

Conceived by designer Salih Berk Ilhan, the Roly-Poly Cleaner incorporates a modern dustpan into its design. Instead of the classic straight lines that were used to help place the dirt in, this dustpan has been rounded so that when the broom is snapped in the entire product becomes freestanding. Not to worry, the lip is still stick straight.

The clever Roly-Poly Cleaner has been envisioned in three bright colors: purple, blue and orange.
2
Score
Popularity
Activity
Freshness
Get Better and Faster