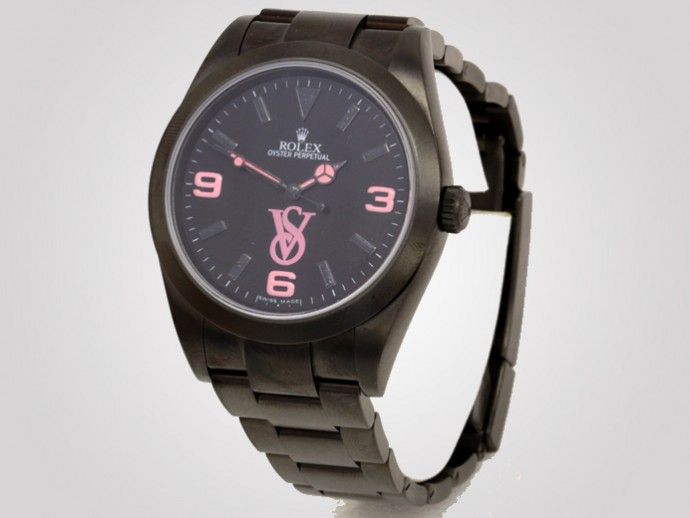 Laura McQuarrie — July 9, 2014 — Fashion
References: charitybuzz & luxurylaunches
In support of cancer research, a special Victoria's Secret edition of the Rolex Explorer I will be auctioned off, estimated to raise a total of $30,000. Rolex watches can often be spotted on the Victoria's Secret angels, but this watch will be up for grabs for even those who haven't earned their wings. The watch is one-of-a-kind and features a 39mm water-resistant case on a dark Diamond Like Carbon (DLC) coating. Victoria's Secret's iconic pink colors and logo make an appearance on both the watch face and back.

The watch is currently up for bidding on Charity Buzz, with four bids for the watch and the highest being $9,000 so far. Bidding will continue until the end of July.
1.8
Score
Popularity
Activity
Freshness