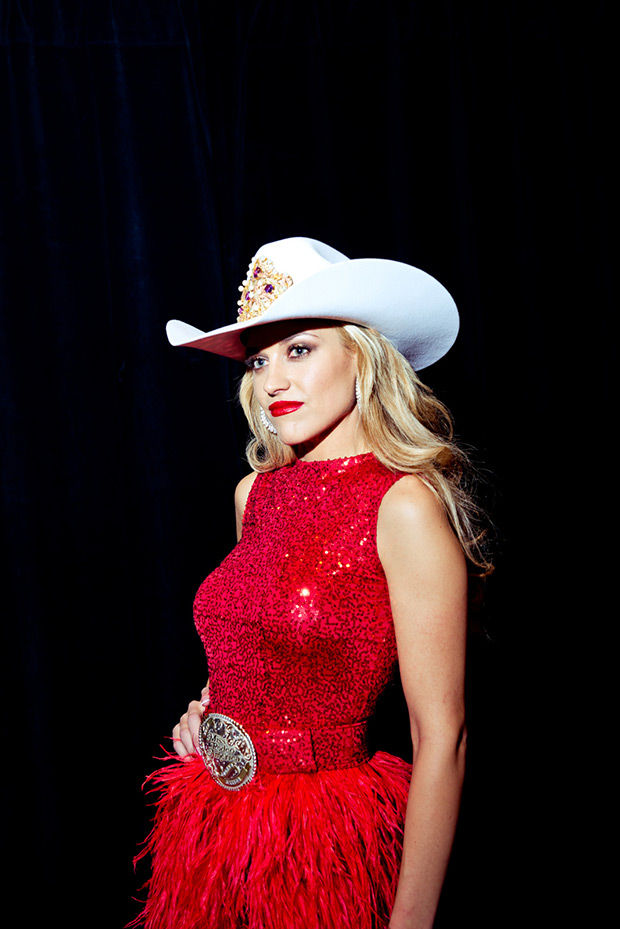 The event is described by one Miss Rodeo hopeful, contestant Nicole Schrock, as "a cross between an actual rodeo and the Miss America pageant." The 27 contestants, all of whom could ride before they could walk, are judged on their looks, personality and horsemanship. In addition to the title, the winner will walk away with nearly $30,000 worth of scholarship money.

Despite the makeup, glitter and big hair, the event is saturated in conservative Western values. Like the Miss America pageant, contestants must not have been married or pregnant prior to the competition, and any boyfriends they may have are not publicly acknowledged until after the winner is declared.