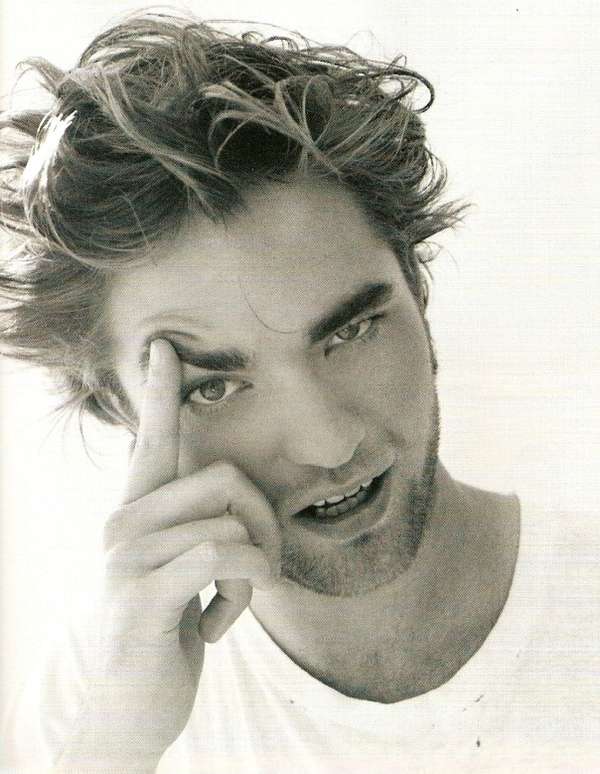 Robert Pattinson was captured by the talented fashion and celebrity photographer Matt Jones in a fresh and laid back photo shoot. The shoot showcases Robert’s unique and sexy messy hair style.

The accompanying feature hails Robert Pattinson as ‘the pin-up of a new generation.’ And by looking at these beautiful photos and his popular movie posters, he is surely the pin-up of this generation.

The feature also shares five fun facts about Robert Pattinson that I am sure his young fans would love to know:

1- Robert has a West Highland Terrier called Patty.
2- As a child, Robert’s sisters would dress him up as a girl and call him Claudia.
3- Robert’s favorite cereal is Cinnamon toast Crunch.
4- Robert’s favorite TV program is the X-Factor.
5- After seeing the movie ‘One Flew Over The Cuckoo’s Nest’ as a teenager, Robert began copying Nicholson’s mannerism, mimicking his accent, and dressing like him.

The first three images in the gallery are from the new issue of i-D magazine. The rest are from previous GQ and Rolling Stone features.
6.5
Score
Popularity
Activity
Freshness
Get Trend Hunter Dashboard