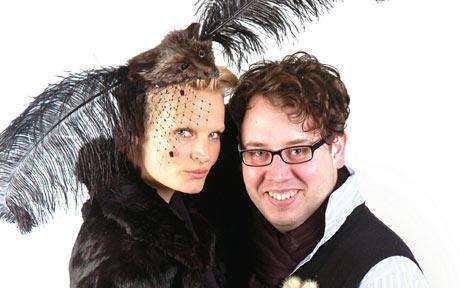 Kim Seto — March 18, 2010 — Eco
References: telegraph
Share on Facebook Share on Twitter Share on LinkedIn Share on Pinterest
Jokingly calling himself the "Susan Boyle of Millinery," Faulkner is a designer whose first attempt at carcass couture and roadkill hats was for a wedding-going friend. He used the wings of a dead magpie found by the side of the road, which sparked interest for his designs.

The Scottish designer's first show is set for May 14, where 36 roadkill hats will debut at the Hawke and Hunter bar.

Essentially I feel like I am turning something sad into something quite stylish, and I think it's good that the animal doesn't just rot on the road.

When I told her it was made of roadkill she was very shocked and said she had images of maggots falling off her head, but it went down a treat at the wedding. The bride even mentioned it during her vows, which sounds crazy