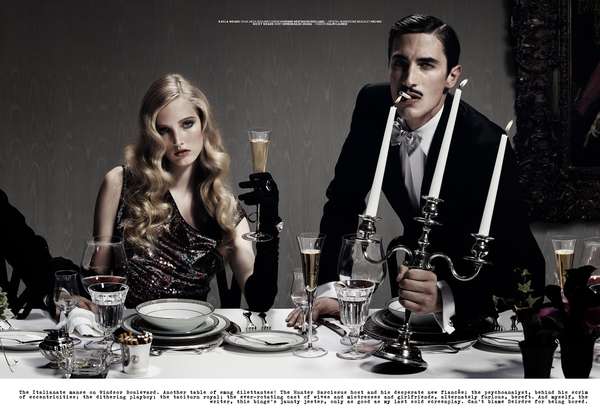 Titled 'And Then There Were None,' this feisty fashion editorial showcases the hottest haute formalwear designs from the likes of Lanvin, Yves Saint Laurent and Vivienne Westwood. Featuring 13 models from the Los Angeles area, with styling by Lisa Tarlow and Eugene Ong, this massive shoot shows what can go wrong when your dining partners are deceitful, mysterious and ultimately partaking in scandalous behaviour. With an air of mischief impossible to ignore, and an elaborate set design, this might be my favorite editorial of the year.