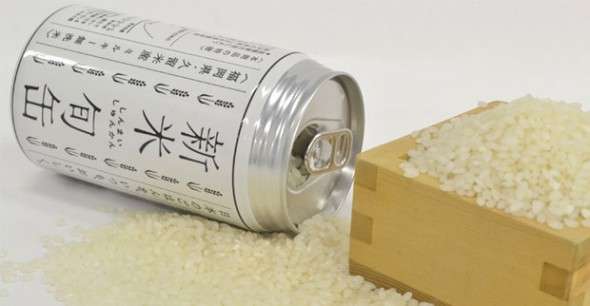 Rice in a Can by CTC is Made for Emergency Situations

Ever since the most recent natural disaster rocked the nation of Japan in 2011, there has been a growing number of products released, which are made specifically for urgent situations. Creators food manufacturer CTC found that though there were other emergency food products out there, none were quite tasty. The company made this Rice in a Can with the intention of using the highest quality rice to maintain the delicious taste of the grain that so many Japanese citizens enjoy on a frequent basis. The beer can packaging, which is infused with nitrogen gas, allows for the rice to be stored for up to five years and is much easier to transport around.

Though we are hoping that there won't be a need for emergency supplies for a long time to come, it's never a bad idea to start thinking ahead.
1.8
Score
Popularity
Activity
Freshness
Attend Future Festival Virtual