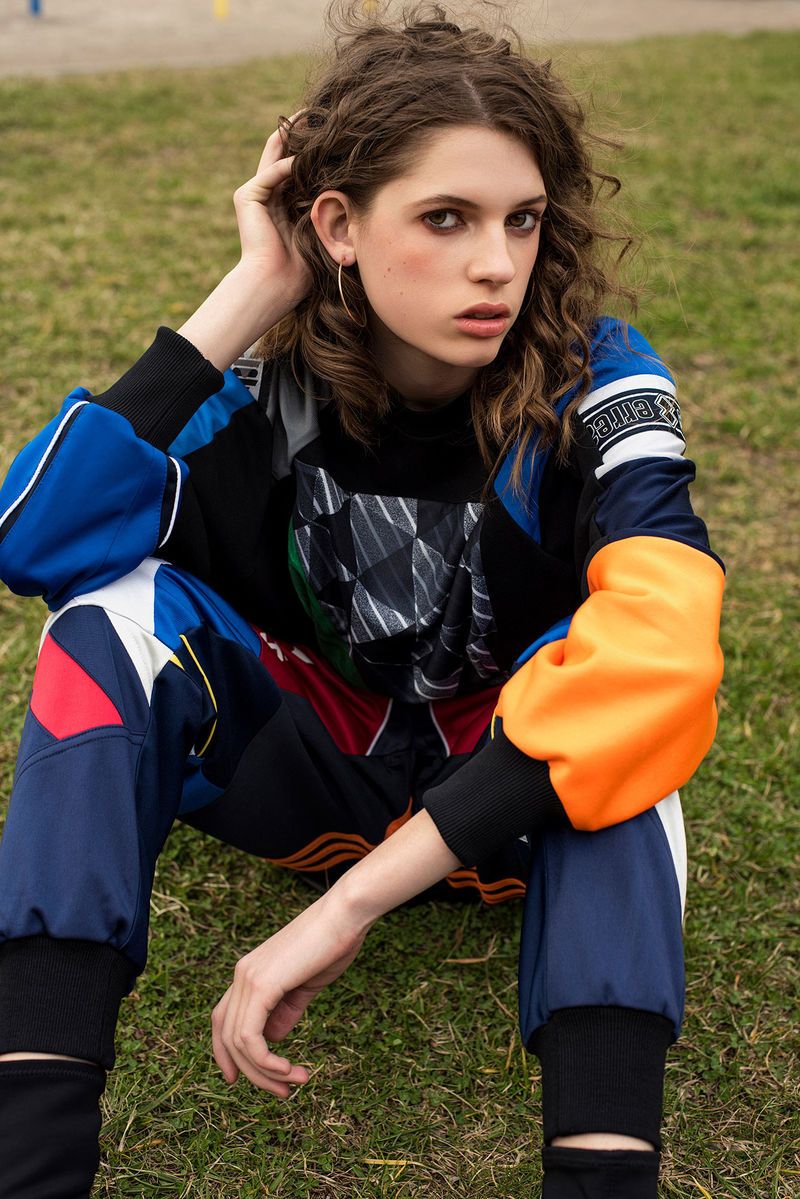 Anna Nizovaya — August 14, 2017 — Eco
References: shop.kseniaschnaider & kseniaschnaider
Share on Facebook Share on Twitter Share on LinkedIn Share on Pinterest
Anton Schnaider came up with the idea for Reworked Sportswear back in 2010. That is when the first samples of tracksuits were sewn. However, Anton and Ksenia had doubts about the potential feedback to such clothing and decided to postpone the project. After Demi-Denims, jeans by Ksenia Schnaider made from reworked vintage denim, received positive feedback in 2016, it became clear that the market was ready for more similar products. So, Anton created a separate line of Reworked Sportswear and it became a part of the Autumn/Winter 2017 collection.

First and foremost, Anton is a graphic designer, so the work on Reworked Sportswear is extra interesting for him. In this line, the emphasis is on the graphic elements instead of fashion as such. For example, numerous logos of various brands and athlete names can be mixed and combined. Every single piece is unique and exists in a single copy. The process of creating Reworekd Sportswear line is a series of experiments.

Fashion editor Thora Valdimars and bloggers Zanita Whittington and Estelle Pigault are already wearing pieces from the Reworked Sportswear line, whereas famous actress Monica Bellucci wore designs for a fashion magazine shoot. The Reworked Sportswear line will be available for purchase in the near future at such stores as Selfridges in London, Desperado and Restir in Tokyo, Rare Market and Boon The Shop in Seoul.