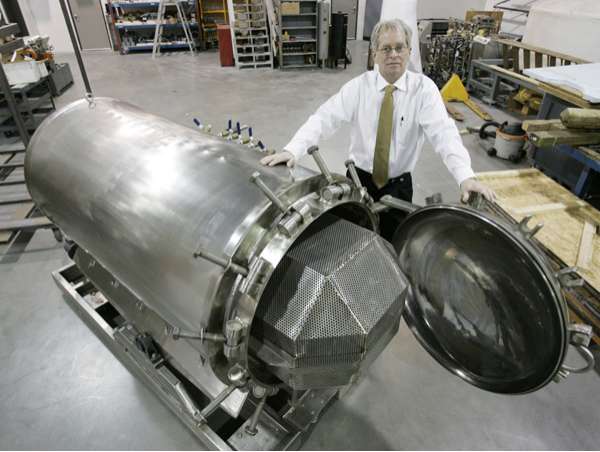 Resomation is the Greenest Form of Burial and Now Market-Ready

What exactly is resomation? For those of us concerned about our carbon footprint, it happens to be the least harmful method of burial. Referred to as alkaline hydrolysis in more scientific circles, the technique involves suspending the body in a solution of water and alkali salts, which will slowly break down your organic tissues. After approximately two or three hours, the body -- now a pile of powder -- is transferred into a transport vessel and returned to the family.

Whereas cremation involves burning carbons which return to the atmosphere, liquefaction leaves no such by products. The embalming fluids used during traditional burials eventually leak into the soil, while resomation is a completely neutral process. If you want to leave the Earth without any moral regrets, maybe alkaline hydrolysis is the answer?
2.5
Score
Popularity
Activity
Freshness
Access Advisory Services