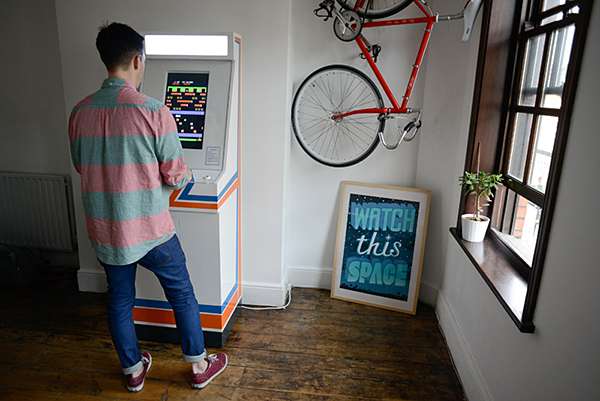 Michael Hines — August 21, 2012 — Art & Design
References: tom-goodfellow.tumblr & technabob
The Replay Arcade is a modern and minimalist gaming system featuring some 60s arcade classics. The machine was created by London-based designer Tom Goodfellow. Goodfellow's Replay Arcade machine has a design style that can best be described as retro minimalism. The machine has few colors and is slimmer than most arcade systems, but its controls and colorful stripes are a throwback to the 80s.

Goodfellow's Replay Arcade has a Jamma game board installed in it. The Jamma game board lets you play games such as 'Ms. Pac-Man,' 'Galaga,' 'Frogger,' 'Donkey Kong' and 'Space Invaders.' Those games alone are worth the nonexistent price of admission, but there are 55 more you can play. Goodfellow's arcade is currently a one-off design, but he is willing to sell his creation if the price is right.
2.6
Score
Popularity
Activity
Freshness