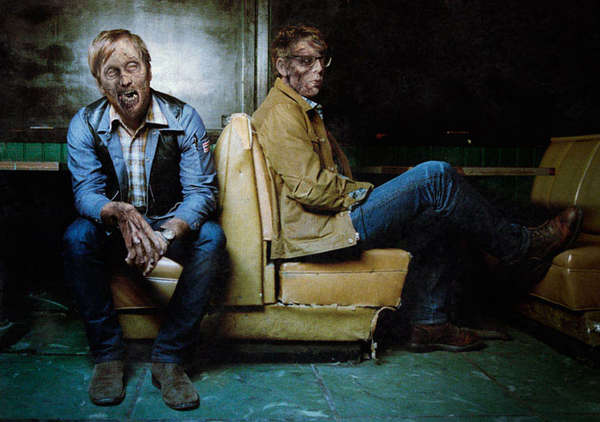 Nikki Taylor — October 16, 2012 — Social Good
References: redcross.org & amctv
Share on Facebook Share on Twitter Share on LinkedIn Share on Pinterest
Partnering with the AMC zombie hit, the American Red Cross Walking Dead Campaign strives to encourage more individuals to give blood by recruiting undead celebrity supporters. Special effects make-up artist Greg Nicotero, who is in charge of the make-up for the series, turned well-known celebrities into gruesome living dead characters. Familiar faces, such as the Black Keys and Joel Madden, had their features manipulated to look like gruesome ghouls and then, were photographed and filmed to appeal to the audience.

The tagline of the campaign is that should there be a zombie apocalypse or natural disaster, the access to a well-supplied blood bank is what will make the difference between life or death. A PSA announcement to encourage people to save human lives just like Rick, Michonne and the other characters of the living dead series will air during each showing of the program. The Red Cross Walking Dead Campaign stresses that there is always a need for blood and it's detrimental that people realize how important it is to give.
5.1
Score
Popularity
Activity
Freshness
Jeremy Gutsche Keynote Speaker