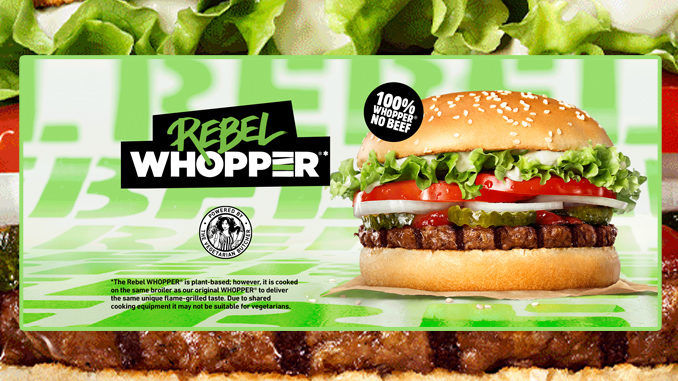 The Burger King Rebel Whopper is Being Launched in the UK

Michael Hemsworth — January 7, 2020 — Business
References: bk & chewboom
The Burger King Rebel Whopper is being launched by the QSR brand in the UK to offer consumers a plant-based burger option that's sure to satisfy those seeking out an alternative to the usual meat-focused menus.

The burger is achieved with a patty made by The Vegetarian Burger and topped with lettuce, tomatoes, mayo, ketchup, pickles and sliced onions on a toasted sesame seed bun. The plant-based burger is a tasty option for consumers to try out, but isn't suitable for vegans or vegetarians given that it's cooked on the same grill as the brand's beef-based burgers.

The Burger King Rebel Whopper is available only through the BK app on January 6 and 7 with nationwide availability starting January 8, 2020.