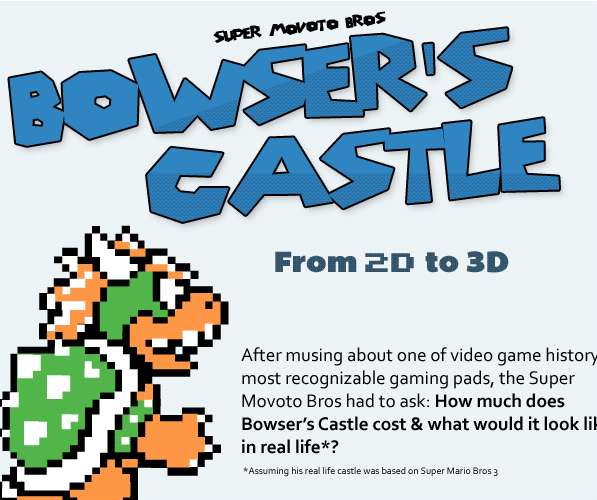 Cody Turner — September 6, 2012 — Pop Culture
References: movoto
The team over at Movoto Real Estate has comprised a real-life Bowser’s castle infographic, which goes into great detail on just what it would cost to build one of the most recognizable villainous video game lairs.

Chances are you had the opportunity to step foot into Bowser's treacherous castle while playing one of the Super Mario video games and Movoto Real Estate wanted to answer the question of how much it cost to build Bowser's castle today.

Turns out that Bowser's castle would be the tallest building in the world, far surpassing the Burj Khalifa, and it would not be that expensive to build.

The castle would end up costing only $455,000 according to the infographic and would look very similar to a LEGO building block tower.
4.9
Score
Popularity
Activity
Freshness