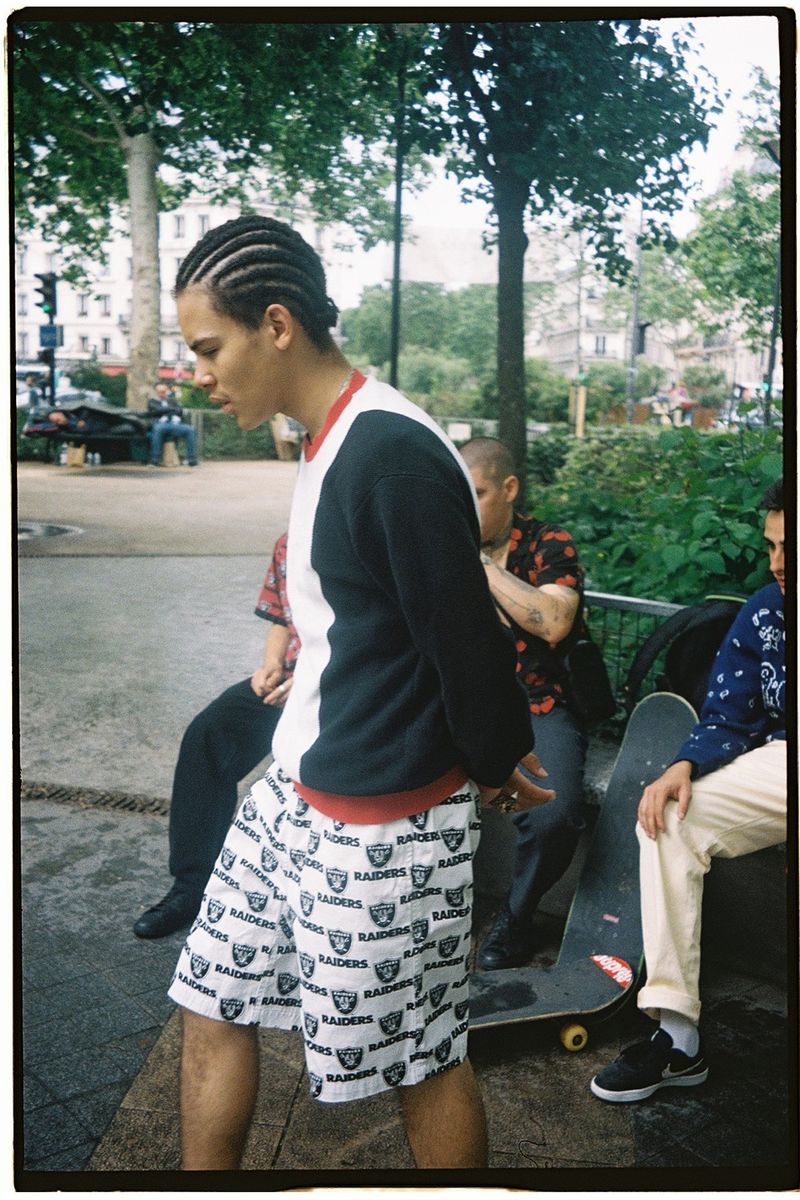 Supreme and the NFL are Creating Raiders Clothing

Daniel Johnson — June 4, 2019 — Fashion
References: hypebeast
Share on Facebook Share on Twitter Share on LinkedIn Share on Pinterest
Supreme will be releasing Raiders clothing in its 2019 Spring Collection. The collection features the prominent Raiders logo, which is a face wearing a football helmet with an eye patch, also in the logo are two crossed swords behind the face. The new line features a short-sleeved shirt, t-shirts, twill shorts, hoodies and a five-panel hat, all of which are Raiders-themed.

The Raiders clothing will be sold in Supreme stores in New York, Brooklyn, Los Angeles, London, and Paris, as well as online, starting June 6th. A later release will occur in Japan on June 8th. As the collaboration highlights, the Raiders have one of the most popular global brands of any NFL team.
1.6
Score
Popularity
Activity
Freshness
View Innovation Webinars