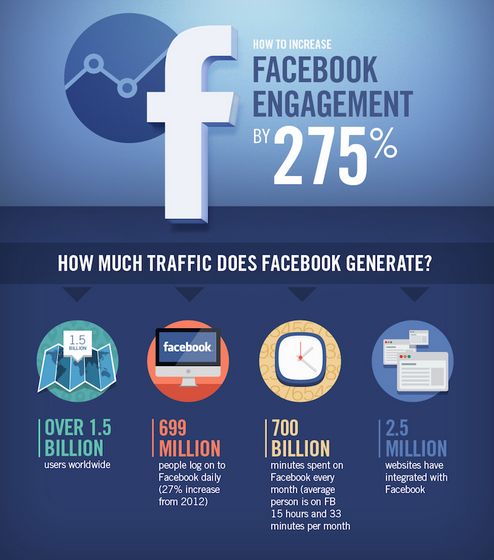 Facebook has a network made up of billions of users, including nearly 700 million people who log on daily. To make the most of this, this QuickSprout points out some useful tips. For example, posts that are less than 80 characters (even shorter than a tweet) are 23% more likely to get a response. Quotes, questions and the use of emoticons are also effective at inducing interaction.

It’s crucial to know what to post, but it’s just as important to know when to post it. QuickSprout reports that some of the highest engagement rates occur on Thursdays, Fridays and over the weekend, with optimal times between one and three in the afternoon. With 80% of US social network users preferring to connect with brands on Facebook, these tips are only to your favor.
5.6
Score
Popularity
Activity
Freshness
Attend Future Festival Virtual