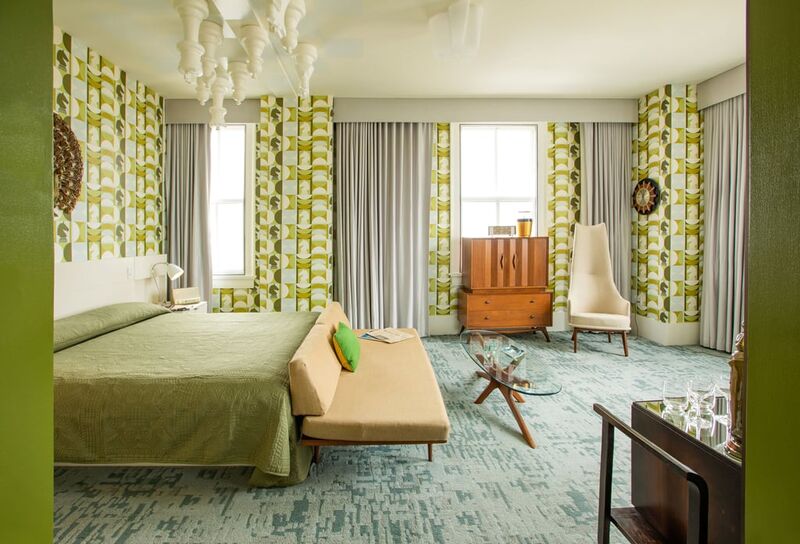 The Harmon Room is Based on the Hit Show, 'The Queen's Gambit'

Grace Mahas — January 6, 2021 — World
References: 21cmuseumhotels & popsugar
Share on Facebook Share on Twitter Share on LinkedIn Share on Pinterest
Fans of the hit Netflix series, The Queen's Gambit, can now stay in this new hotel room that's "literally dripping with chess pieces." The retro time capsule, dubbed the Harmon Room, boasts mid-century furniture and accessories with a larger-than-life overhead chessboard art installation, chess-themed wallpaper, and of course, a chessboard that was locally made.

The Lexington-based hotel room features a guide to area landmarks featured on The Queen’s Gambit as well as a complimentary 'Lex Liquors' tote bag that was featured in the series. The Harmon Room will appeal to fans of the show looking to acquaint themselves with the game of chess in a way that pays homage to the hit series and the community.